1907 – Colin Wood is born quite literally into the woollen industry at Yorkshire, England. Colin’s grandfather and uncles had founded their own Green Lane Mill in the early 1880s.

1920 – Colin begins his apprenticeship at the Washpit Mills in the original Yorkshire spinning area of Holmfirth.

1931 – The Great Depression prompts Colin to look overseas for work. He applies for a job at the Oamaru Woollen Mills, New Zealand.

1944 – Colin leaves the Petone Woollen Mills and sets up a wool spinning factory of his own. This marks the beginnings of the company that would become Woolyarns.

1946 – After a fire destroys the property, Colin forms a partnership with Tommy Wells – Wellwood Ltd.

1953 –  Colin buys out Wells and changes the company’s name to Woollen Industries Ltd.

1956 – Peter joins his father full time in the business.

1965 – Jim joins the company to ‘take over the office’. The company focuses on producing yarns to customer specifications. In time it would become a major supplier to local knitting mills.

Late 1960s – Jim travels extensively to market the business. The company begins exporting yarns to Australia, then Hong Kong and then Mauritius.

The 1970s – The company continues to expand internationally.

1977 – The company receives the Trade Promotion Council’s Export Award in September. That same year, the company changes its name to Woolyarns Limited.

1979 – The company is awarded a High Priority Status Award for its outstanding contribution to New Zealand’s economic growth.

1999 – As competition from China changes the face of NZ textiles, Woolyarns recognises that it needs to become a niche market supplier. Possum yarn manufacturing production expands and the fibre becomes a mainstream product offering.

2011 – An upgrade in fine spinning for possum blended yarns means Woolyarns can now spin to Nm 36/2.

2017 – Woolyarns restructured. Selling the carpet plant and their hand knitting capabilities. The Zealana brand was sold to Extraordinary yarns in Australia, and the factory continues to manufacture the yarns.

2019 – Woolyarns introduced Kaamera – New Zealand a collection of yarns made from the Bactrian Camel fibre from Inner Mongolia. 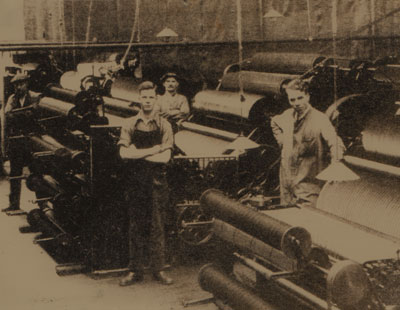